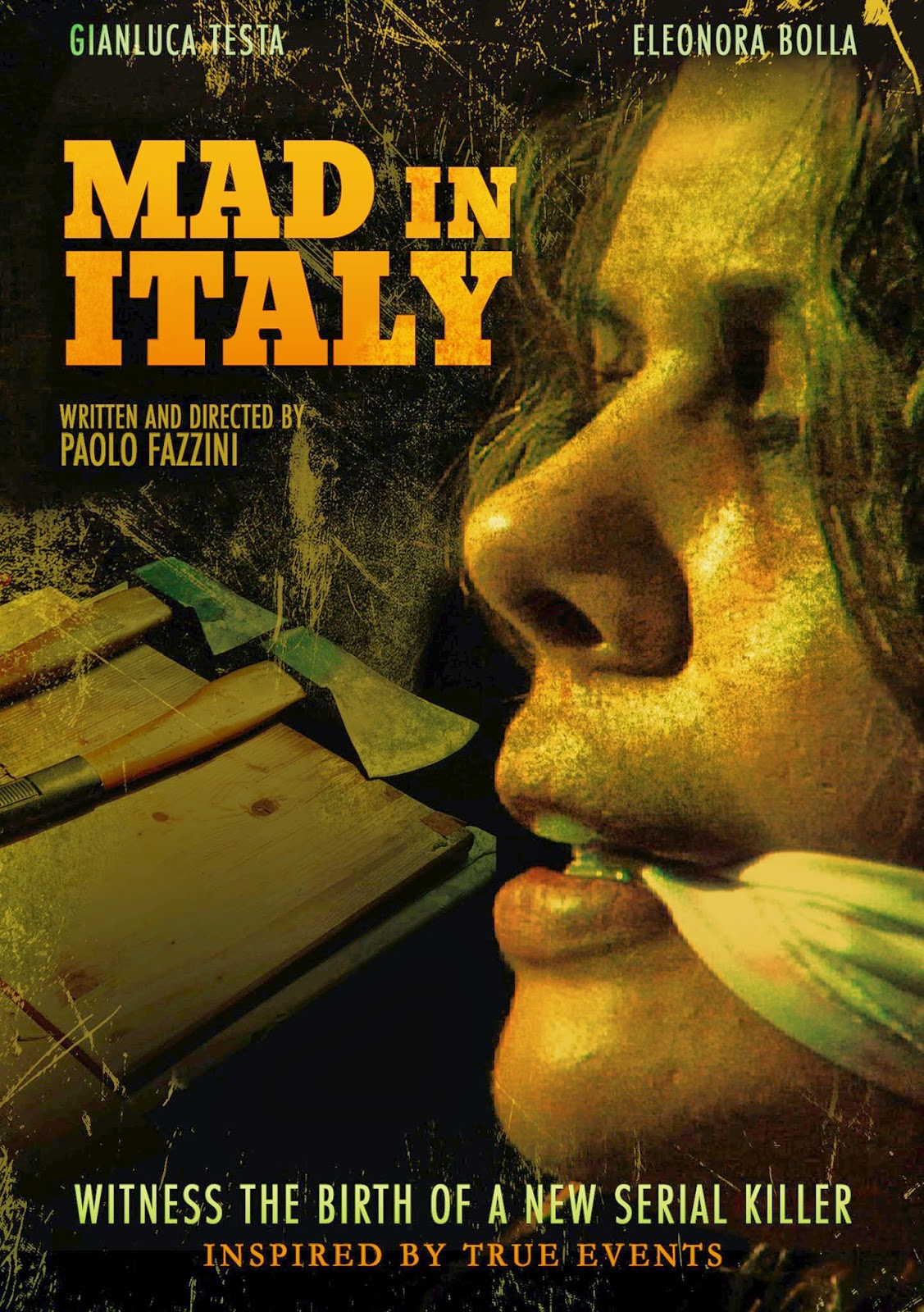 
Let me say right at the start, the title of the film is a brilliant pun.


Director Fazzini is not only a filmmaker, but also a historian of Italian giallo films, especially from the ‘80s, and even put out an interesting documentary about the genre, titled Hanging Shadows: Perspectives on Italian Horror Cinema (reviewed directly below this one, or at HERE)


Like any genre, there are subgenres that make up the pie chart of the whole. And where does this one fit in? Well, it’s definitely closer to some of the noir works of Mario Bava and Dario Argento’s Deep Red (1975), say, than anything by Fulci or Lamberto Bava. Fazzini is certainly helped here by renowned cinematographer Mirco Sgarzi, who shot some incredibly beautiful works such as House of Flesh Mannequins (2009), reviewed by me HERE. His style various from artsy to perfectly lit reality, creating moods along the way that fit the tale


For this “inspired by true events” story, we meet our protagonist/antagonist, Davide (Gianluca Testa), a laborer who is let go from his blue collar job thanks to a downturn in the Italian economy (a result of the US collapse around 2008 thanks to the unelected president, Little Georgie Bush). But money is not his only problem, as we come to see him for the schizophrenic sadist that he is.


We come to realize that he has kidnapped a rich industrialist’s daughter (the beautiful Eleonora Bolla), and is keeping her tied up in his rented home in as hillside village on Sicily. But this is more than just a kidnapping, as his mental disease starts getting the better of him. After all, the tagline for this film is Witness the birth of anew serial killer.” While there is a healthy number of cast members, this really is about Davide and “the girl” (as she is known). As people come looking for her, or those who become involved with the drugs he has come to help sell to make some cash, bodies begin to pile up in somewhat gruesome ways.


Cinema giallo was recognized by a number of genre-specific elements, such as the quick zoom (I believe Mario Bava created it and Argento perfected it), and something that is used abundantly and quite effectively here, which is using primary colors to saturate a scene indicating affect or emotion. For example, while the girl is crying, Davide’s head cradled on her lap, they are bathed in a pale blue light; when Davide is having a scary hallucination, the room from where the fear is generating is a sharp red.


Some of the best of the gore and effects happen during these freakouts, such as a woman with a distorted mouth (check out the photos in the extras for a clear view of it), or being in the woods with a group of people biting chunks out of his flesh. While there is more story tension than gore (which is why this is a noir rather than horror), it looks incredibly well done, and the blood has just the right color and viscosity.


The location is also part of the story, with abandoned stone buildings contrasted by wooded areas. One of my favorite shots is of a wooded area you think is isolated, is revealed in a pan to be just on the outskirts of town. The best part of the genre, with this included, is that there are some truly unexpected moments that took me by surprise, which is a nice – er – surprise.


The extras are a 15-minute interview with the director as he walks us through some of the locations (no sets were used), back-scene photos, and two music videos.


There are some long gaps between physical violence, but the malevolence runs throughout. Gorehounds may balk at the space between kills, but those who understand these things will know that the tension building is all part of the fun, and Fazzini shows he knows how to do just that.
Trailer not embedding, so find it HERE.