A Brief Interview with Screenwriter and Director John Oak Dalton

A Brief Interview with Screenwriter and Director John Oak Dalton

Ohio-based John Oak Dalton has directed two films, both of which prove his worth in this field: The Girl in the Crawlspace (2018) and Scarecrow County (2019). But what Dalton is mostly known for is his screenplays, for films such as Alone in the Ghost House (2015), Jurassic Prey (2015), Amityville Island (2020), and recently Shark Encounters of the Third Kind (2020). It was for this latter film that he was interviewed by “The Schlock Pit,” who did not use all of Dalton’s quotes, which he recently published on his email blog, “I Was Bigfoot’s Shemp," on August 13, 2021 (Johnoakdalton.hotmail.com). With his permission, as a fan, I am printing what was left out of the blog interview below, written by John Oak Dalton. I have made minor editorial changes. – RG, 2021 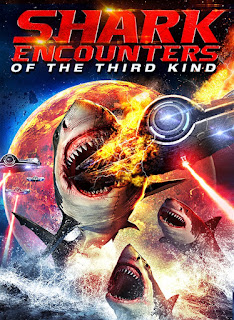 I was as surprised as anyone when my new film, Scarecrow County, hung on for four straight weeks in the Amazon Hot New Releases in Horror. Thanks to everyone who picked up a copy or has seen it on some other platform.

And I was extremely flattered by this interview and review of a film I wrote, Shark Encounters of the Third Kind, by the British Website “TheSchlock Pit.” I am appreciative that the people there give thoughtful attention to the B-movie world, and are good writers to boot.

They used just a few snippets of an interview about the writing of Shark Encounters of the Third Kind, so I thought I'd share the whole of what I wrote back when they asked a few questions via email, probably more than they wanted to know.

(Director) Mark (Polonia) had asked me to write all the scripts for a three-movie deal with Wild Eye (Releasing) that all already came with titles and basic descriptions; the caveat being is that he needed all three in six weeks. I'm to the point in my career where if I write something for somebody, there has to be a reason; and I have always been interested in director Thomas Carr, who once shot six B-Westerns in 30 days, which I think not enough has been made of. So, I thought this might be a neat challenge.

I had never written this fast in my life; typically, I can write a full script in three weeks, if I'm pushing it. I think I worked on these an average of 10 days each. They were written at a fever pitch and honestly I didn't remember a lot of detail until I saw the final product, and even then wasn't sure what I thought up and what Mark added. 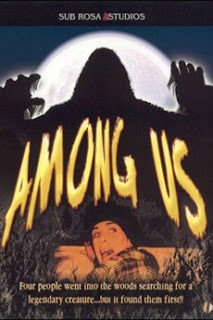 Rewind to when I wrote my first movie for Mark, Among Us (2004), and he had a three-picture deal afterwards and asked me to write all three in a year, and I wasn't sure I could write three movies in one year! In that case I rewrote two and then wrote a third from scratch. 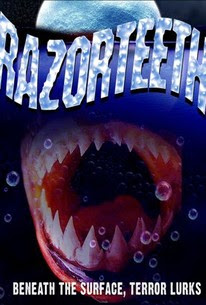 The first was Psycho Clown, which was turned into Peter Rottentail (2004). I took John Polonia's handwritten script and rewrote it as I was typing it into a screenwriting program. Next I did a rewrite of Razorteeth (2005), then my original script was Demons on a Dead End Street, which remains one of my favorite scripts, but didn't get made. 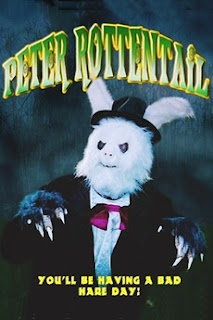 Peter Rottentail has been rated one of the worst horror films of all time by “Nerdly,” and Fangoria did a whole podcast dedicated to it; as well as all the people who watch it on Easter every year. Razorteeth disappeared almost without notice; and frankly, which is worse? To me, at least, it's the latter. 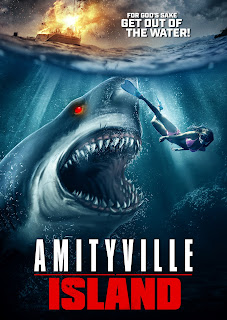 So, for this new trilogy of scripts: Amityville Island (2020) was the easiest of the three for Wild Eye; I had written a movie for Mark a few years before called Doctor Zombie that had not been made, but I noticed had a lot of similar beats as the Amityville premise. It was heavily influenced by Mark's love for Zombi 2 (1979) and Tombs of the Blind Dead (1972), with my own interest in Lust for Freedom (1987) thrown in. So, I knocked that together quickly and it has been noted by reviewers that it has a little of everything, and all of it crazy, as I intended. I wrote another one whose title I will hold back as it hasn't come out yet, but it was full of time travel and dinosaurs and alternate timelines, and I had a blast with it. My favorite script of the three. I hope it streets yet this year.

Aliens vs Sharks (the original title of Shark Encounters of the Third Kind) was the hardest to get my mind around for some reason, so I saved this to write last. But once I got going, it started cooking, and again, I don't exactly remember writing it. In fact, I went back and read the outline before responding to this email. It came with a four-page outline with a lot of the beats, mostly the effects that were going to be made or on hand, and a little bit of story. I made the Jenni Russo character a therapist when she was a photographer in the original, because I wanted to include an alien abduction storyline; I think the other characters were pretty much as presented in the outline. I thought the treasure hunters were a neat touch in the original. I thought the movie was very ambitious, but especially the third act, which I thought was going to be too much to get on screen in a workable way, so I toned it down quite a bit. My ending, which featured a group of teens on the beach Frankie Avalon-style inadvertently re-starting the whole mess, was not used, and I think the whole part with Dave Fife was created so that Mark could work with Dave before he moved. I think I had somebody quoting a lot of Shakespeare, which was cut out, understandably enough. Otherwise, by and large, what I wrote is up there, for better or worse. 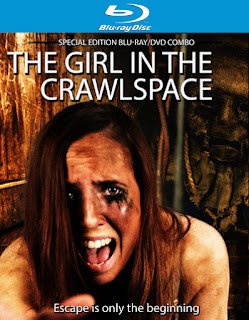 It's funny now, but I can see the seeds of my own later movie, The Girl in the Crawlspace, in this script, including the therapist and the character obsessed with Westerns. I always try to hang my stories on things I was interested in, and one in this case is a lawman who is basically on his last day on the job and isn't going to be a lawman any more, and what that means. Honestly, I had also buried a family cat in my back pasture and thought it might be a good set piece for a movie, and that's in there, too. Just all the flotsam and jetsam you pick up through life, interest in culture, interest in other people. Whether people see it or not, I try to put in elements that might resonate with someone besides aliens shooting rayguns or whatever. I think Jennie Russo and Titus Himmelberger are both enjoyable in this. I thought Titus gave his lines an especially eccentric read and it turned out like I hoped. Jeff Kirkendall is good as always. I try to write for the people I know Mark is going to use, but sometimes he changes it up or introduces somebody new, so it's always a nice surprise.

I think when you have a movie titled Aliens vs Sharks, you are either in or out when you hear the title, and the rest doesn't matter. You are going in it to have a good time. So, for this kind of movie, or all three of these movies, I like to try to make them funny, with a lot of nods to horror fandom, lots of energy and outlandish situations and characters. I'm not sure every viewer is in on the joke, but that's what I hope. I think the biggest thing to note is that I have never been involved with a movie that comes from cynicism; these kinds of movies are made by people that love the genre for people that love the genre. Horror fans, by and large, are the most loyal and devoted, and will follow you where you want to go, whether you have the money to make the trip or not.