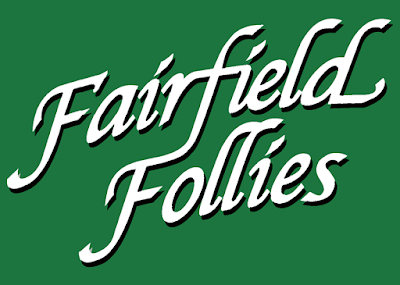 The summer sun is almost at full apex, so what better time to review a new film about a Christmas pageant in the fictional town of Fairfield? The writer / director / producer / actor Laura Pepper has been on my radar for a couple of years now, though I have yet to see any of the short films she has released. Might as well start on a larger scale (set?) with her directorial feature debut, right? This certainly does not pertain to a horror film, per se, but it’s indie and off kilter enough to qualify for this blog.
There have been enough behind-the-scenes-of-a-play comedies to create its own genre, from the relatively recent Waiting for Guffman (1997) to the less recent A Midsummer Night’s Dream (1595; as a side note, some of the cast here, as well the director, also appeared in a recent film version of the Shakespeare play, reviewed HERE), so there is always room for another, as it’s a motif that has obviously not yet wrung dry.

In this Fairfield, the local Christmas Pageant has been run by the elderly Mrs. Whitelove (Mary DeBerry), who “passes the baton” onto a newcomer, Ms. Evans (Susanne Colle). There are two ways you know the change is going to be a big one: first, the specification of the differences between Mrs. and Ms. (old vs. new), and second that the former lives up to her name by doing a Blazing Saddles in the first two minutes of this picture.

Evans’ plan is to use the opportunity to update the tradition by being PC and including all belief systems and holidays (Chanukah, Kwanzaa, etc.). The problem is that everyone in the cast and crew has a bit of their own ingrained – err – uncomfortabilities, which come out the more they are suppressed. Yes, this is a non-PC show about trying to be diverse. A direct example of it is the inclusion of a Big House parolee by the wonderful name of Leon Leonne (played by the equally unusually named Cardryell Truss).

To add to all the tsuris, the cast are behaving like little kids, with petty spats, jealousies, overheated libidos, and bullying (e.g., one character complains to his mom over the phone, “They tell me I overact, and no one will sit with me during lunch!”). Trying to deal with them, Evans has to treat them like a naughty grade school class, even having a “shame stool” in a corner (what, no conical hats? I kid…). More trouble follows as Evans repeatedly gets sick or food poisoning, keeping her from rehearsals; a piece of dialog spouted by the hyper-Christian Assistant Director, Wally (John Campbell), is a hint of why this is happening. The end result isn’t hard to guess when it gets close. 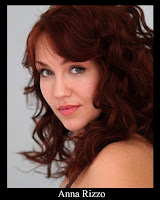 Let’s turn to some of the technical aspects of the film. For me, it’s kind of strange knowing that the fabulous J. Poisson is the cinematographer as this is different from anything I’ve ever seen her do, specifically most of her other work that’s passed before me had harsh, primary colors that reflected the mood of the scenes. Here, it’s quite harshly…white. Well, considering the context of the story, perhaps that is reflecting the mood of many of the characters. It’s nice to note that despite the… well, to paraphrase Carmen Ghia in the original The Producers, “White, white, white is the color of the walls,” yet the image isn’t washed out, nor are the colors of the costumes either lost in it, nor is it blinding. That shows good work, in my opinion.

This is supposed to be a commentary on Community Theater in a well-off – err – community, so the onstage emoting is geared towards overacting, but as this is a spoof, it goes on quite a bit pretty much throughout. I’ve seen many of the actors in other roles, and I’ve seen that they can indeed act rather than ahhct, so that is why I am assuming it’s purposeful. Anna Rizzo, for example, has proven herself to be quite the serious performer when need be elsewhere, in the likes of Moments from a Sidewalk (2016) or Long Night in a Dead City (2017).

The characters are just, well, silly. But this is a silly film that is making an important statement, and it works because of its outrageousness rather than in spite of it. That being said, while many of these people are head scratchers to this viewer, most of whom are certainly not the usual clichés one tends to see in independent, and especially micro-budget release, so that’s a success in my book. I do have to say that my two favorite characters are in the third act, being two Asian women (Laura Mok, Jaclyn Kelly Go) in the audience who are a Greek Chorus to both the pageant and the situations around it.

Having been filmed in the later part of 2014, there are quite a few comments that could have been about the 2016 presidential election and the basket of deplorables (i.e., racists, religious fanatics) that follow the beliefs that are mocked in this film. It is incredibly timely, giving more strength to the subplots.

Now comes the $64,000 Question: is it funny? Actually, it’s extremely humorous. Even the cringe worthy moments (e.g., racist or religion-based statements spouted by some characters) are quite good. I was surprised by how many times I caught myself laughing, or snorting. There are so many moments that just work. For example, Evans’ is a lonely woman and so there is a strong “cat” subtext going on in her house, including her doorbell and phone sounding like a strange, mechanical meow. There are a lot of hysterical bits, like the effeminate costume director, Jeremy (the excellent as always Johnny Sederquist), whose eyes light up with ideas when he mentions that Mother Mary (whom he confuses with Mary Magdalene) is the “Dearest Mommy.” Or the film’s director showing up in a recurring, mostly silent delivery person role (speaking of which, make sure you watch past the credits). The look she gives Evans the first time they meet, as a director’s nod to a director, is subtle but enjoyable.

It’s pretty obvious that this is a first feature for a director, as there are definitely some issues with the film as a whole, many of them technical. For example, there is an inconsistency with the sound. In some scenes, there is a sharp echo of ambient room noise; yet, in other scenes, the voices sound flat, I’m assuming dubbed in later. But hey, nearly every filmmaker has a learning curve. I’m sure it will improve as she (hopefully) continues on. Overall, this was a very successful outing, and I look forward to a long career for Peppered Productions. 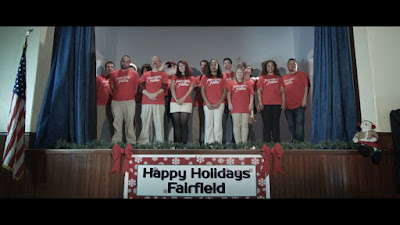 Posted by Robert Barry Francos at 1:01 AM