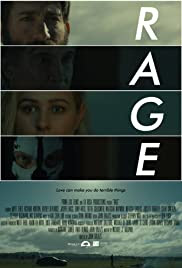 This comes from a land down under; Melbourne, specifically. It is a hybrid crime drama and psychological thriller. It is both gritty and vicious, and fraught with emotion, as well. Think of it as a Scandinavian television murder mystery that spans over half-a-dozen episodes, as there are at least five distinctive acts in the film.

Unlike other revenge films like Death Wish (1974) or perhaps I Spit on Your Grave: The Day of the Woman (1978), where the revenge is a general takedown of either numerous assaulters or a bad guy in general, this one has a very specific purpose.

An unhappily married couple, Noah (Matt Theo, with a bearded Hugh Jackman vibe) and Madeline (Hayley Beveridge), are coping through their lives, hoping to reconnect but not willing to extend themselves much. Then, after a lot of exposition, two bad guys break in, and wreak havoc on them, leaving bodies, Madeline is roughed up in a much longer than needed scene, and Noah lands in a coma for a while.

There is some nice time jumping in both directions just after the assault, done with slow and deliberate editing, that shows the post-attack period of both Madeline and Noah. We also get introduced to Detective John Bennett (Richard Norton, who has played in a lot of action/martial arts/gladiator films, including one in 1993 called – wait for it – Rage), who heads the investigative team. There are a lot of montages in the film, silent b-roll over emotional music, such as one with Noah re-falling in love with the mentally absent Madeline, and regretting his time with Sophia (attractive Natasha Maymon). Another, later montage scene is segmented between the five main characters, much in the way that Stephen Sondheim tends to do in songs (think of “Quartet” from 1963’s West Side Story, but without lyrics or libretto/dialogue), and each shot of many lasting about 15 to 20 seconds apiece.

With the introduction of Bennett, the film is also partial police procedural, with both good and bad cops, including Officer Patricia Davidson (Melissa Barias), who was underused, and profane Officer Tommy Wells (Tony Kotsopoulos).

The pace finally picks up (somewhat), when Madeline accuses someone to Noah as the one who attacked her. The revenge stage of the story begins and pulses forward. This is where the previous nearly 2 hours has brought us, and the doors to the story blow wide open. They say revenge is best served cold, but vengeance can also be a snare more full of acid than a venus flytrap.

Most of the time the music is spot-on appropriate, but occasionally it sounds like a soap opera’s piano plinking, such as when Noah and Maddie first get together after the incident. It becomes a bit distracting at moments like this, but again, most of the time it is well-suited for the scenes, especially those with action.

What honestly confuses me is that the director, John Balazs, has been a professional editor for years, and yet this film, with its pretty simple premise, is 2 hours and 23 minutes. Seriously, you could not find a way to cut this down to 90 minutes or so? This is not a John Wick or MCU action film, though it does somewhat fit into the thriller genre. As a brief example, the two-directional walk when we are introduced to Detective Bennett could easily have been cut down to a few seconds rather than being literally 2 long minutes. It did not advance the story, but rather seems a mood piece. Also, without this being in reference to the acting, which is well done by Tottie Goldsmith, most of the character of Madeline’s psychiatrist could, with one exception, be cut down to two or three quick scenes and, again, not an ounce of story would be lost. 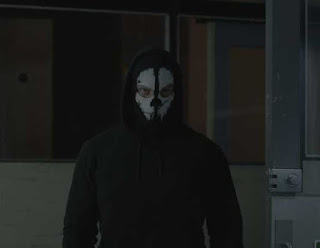 Another issue with the film is that the violence may be too graphic for the soap opera-ish romantic drama audience, and the romantic drama may have the action seekers impatiently waiting for the violence. When it occurs, the ferocity is quite explicit and well done, but if one is not expecting it, it could be off-putting (during a date movie night for most, for example). It firmly has its feet in two different yards, swaying back and forth over the fence between them. It’s almost like it is trying to be two emotionally different films at the same time.

All that being said, let me end with some praise that this release truly deserves: The film is actually incredibly well shot, despite its tendency to be on the dark filtered side, and the acting is pretty solid, especially from the three leads (Theo, Beveridge and Norton, the latter of whom leans toward stoic, but you get that he’s frustrated), but all fare well. As for the story, it is interesting, but pulled like a Stretch Armstrong doll. Despite its leaning towards telenovela material, it addresses the process of violence, grief, recovery and vengeance deeply, hence the time.

Overall, this is a thoughtful piece with some viciousness in a few spots, so it is not necessarily a throw-a-viewing-party-in-the-basement-with-weed-and-drinks kind of film, but rather an introspective look at relationships and the effect of violence placed upon it.